The LED used on the SILS has 3 colour states: Amber, Green and Red. It also has a fourth state which is Off (no colour). There are 6 user cases for the SILS and each one has its own unique colour state or sequence. 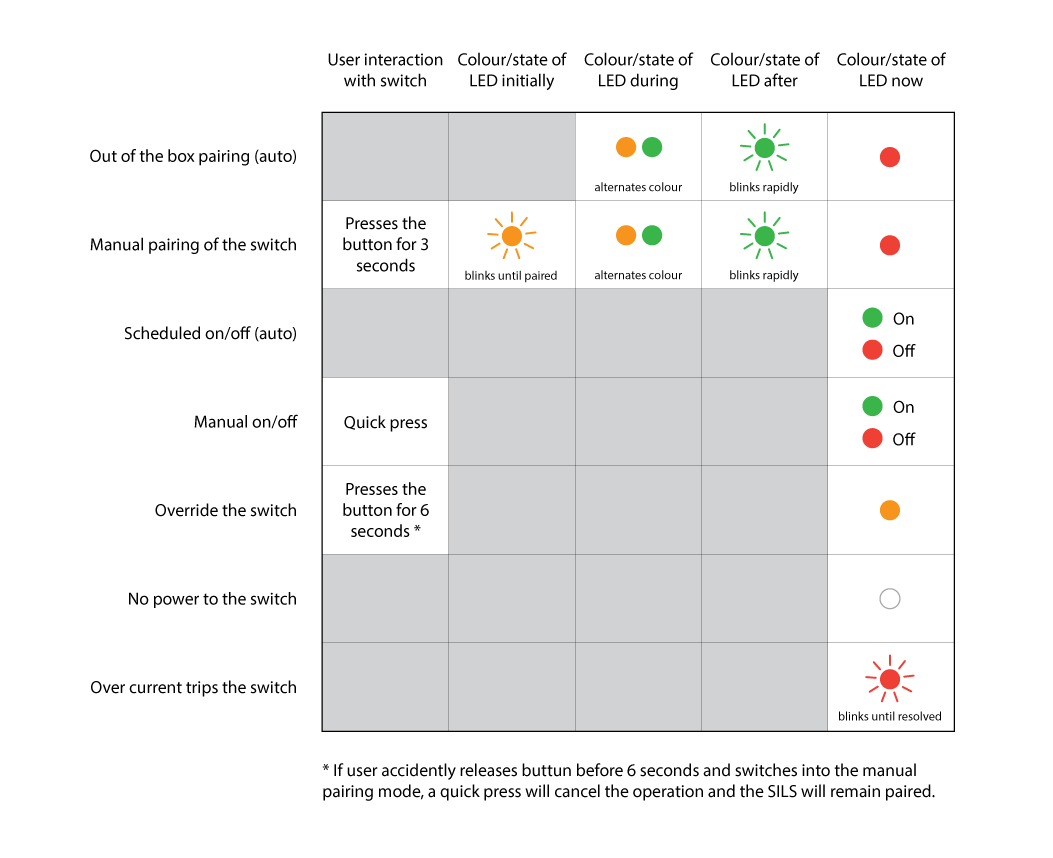 Out of the box pairing (auto)

Manual pairing of the switch

No power to the switch

Over current trips the switch